from the novella by Townsend Walker, published June 2015

A Park Avenue woman puts a price on her brutish husband’s head. Tells her Jersey girlfriend to ask her connected brother for help. The brother talks to his accountant and lover, who talks to her other lover, a movie producer who tells his glam wife back in L.A., who tells her personal trainer while getting a massage. The personal trainer mentions it to his boyfriend who is in money trouble. The boyfriend hypes the price on the husband’s head to get the loan shark off his back, after the guy breaks his leg. The loan shark flies to New York to hire a hit man cheap. Is out-foxed by hit man’s hot sister. Back to the husband with a price on his head … 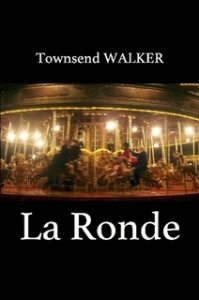 Other than the contrast afforded by hair and face, Madge, pale and blond, Gina, olive and dark, they are sheathed by Herrera, shod by Blahnik and coated by mink.  from Madge and Gina

“He sometimes runs with my uncle’s crowd, who runs with, you know, those kind of people.”  from Madge and Gina

All those stories she carried back to the dorm were made up in a tiny room in Little Italy. Some were made up. Actually, most weren’t.  from Gina and Joey

“It hurts, Joey. She’s turning the family against me. She’s got a flamethrower for a mouth, she does.”  from Gina and Joey

Joey’s friend Max recommended her. “A great accountant, a great rack. Enjoy.”  from Joey and Annie

“Not pasty, not pasty, tanned, tanned, go back and tell them tanned!”  from Joey and Annie

Of all nights, when she was planning a long bath looking at her new Cartier Panthère bracelet through the bubbles.  from Annie and Myron

“Her husband beats the crap out of her regularly and she wants to get him offed.”  from Annie and Myron

Only studs can carry off tall women, he tells himself, and anyone else who remarks on it.  from Myron and Gloria

“He sounds like a real bastard, hope somebody does him in,” Gloria sighs, like she doesn’t need to hear more of this.  from Myron and Gloria

“I not only muscle. Study to act. Act in Russia, Yasha in Cherry Orchard. Here picture of Serge playing Yasha.”  from Gloria and Serge

“Myron never talked to the lady, he got the story from someone who got it from someone.”  from Gloria and Serge

But, shorter track record, more misses than hits, last movie couldn’t find a distributor, actors are suing for wages, major investor is beyond unhappy.  from Serge and Jimmie

If word gets out there are no consequences when Salvatore Mancuso doesn’t get paid, what kind of business is he running?  from Jimmie and Sal

“We can probably do business, but you gotta understand, there’s a fifty percent discount on whatever the babe pays.”  from Jimmie and Sal

She stretches out her hand; the wide red mouth is smiling hello-big-boy, the icy blue eyes are not.  from Sal and Lana

She moves closer, her lips touching his ear. “Salvatore Giancarlo Mancuso, you are a foolish lad to think I would let you skim the fee.”  from Sal and Lana

“Of course, but how do you make money?” “They trust us to quote a fair price, and we do. We make money when we don’t.”  from Lana and Alexei

“To the subject at hand. With all your money, you want a cut?”  from Lana and Alexei

“Let me rephrase that, why would anyone need to be paid to kill a banker?”  from Alexei and Frank

Pulls out his cell, “Lana sweetie, your little brother has come through. Frank Cabot, head of M&A at Goldman.”  from Alexei and Frank

Frank picked up an old Dell laptop on the street corner the week after seeing Alexei and started to do a bit of internet research on poison.  from Frank and Madge

“Things do happen when people aren’t careful. . . . I think it’s ready. Sit down.”  from Frank and Madge